just add ARACHNEVERSARY  at checkout to get your discount.

The Don’t Touch Garden is also available as an audio book.

ALL our poetry books are now available as eBooks!

With the booktrade suffering, we wanted to make it as easy for you to get lovely things to read as possible, so we have worked very hard to get these in the vitual shops for you. Thanks to Inpress for organising conversions and uploading!

Find these gorgeous words as Kindles on Amazon

and ePub on Hive

In case you were wondering, all our fiction is already available as ebooks. We aren’t set up to sell them ourselves, yet. Working on it.

Let out the Djinn

Anthologies The Other Side of Sleep, and Vindication: poems from six women poets

With Paper for Feet Jennifer A McGowan

A Gift of Rivers, and The Don’t Touch Garden, Kate Foley

Let out the Djinn, Jane Aldous

The Significance of a Dress, Emma Lee.

Kate Foley reading from both her collections, The Don’t Touch Garden, and A Gift of Rivers at our Writing the Past event for Hither Green Festival at Manor House Library on Saturday.

Kate is next reading at Fourth Friday, at the Poetry Cafe,Betterton Street London, this Friday

We don’t just do print! We now have Audio books – well, one.

Our first audio book, hot off the mixing desk, not available in shops until January. Available as a downloadable MP3. 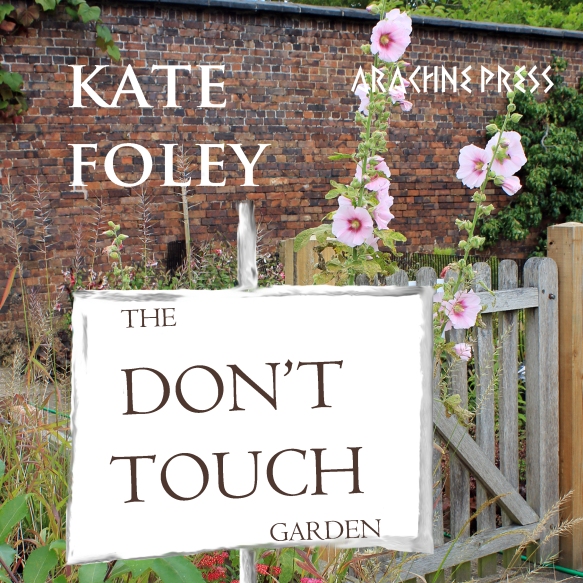 Or if music is more your thing, Pledge £12 or more to receive a Ticket to Ride CD  from Vocal Chords Choir, our regular collaborators on Solstice Shorts, singing songs with a travel theme. There is only ONE of these available

To celebrate our 5th anniversary, our first ever audio book. Available to download from our web shop from Friday 8th September £5.

Here’s the introduction to give you a flavour.

Drawn from poems written over several years, this book’s dizzying ambition is to plot a path through the life of an adopted child. Foley does so with consummate skill, creating poetic forms to encompass the experiences of the child, her birth mother, her adoptive parents, aunts and midwives. Foley’s language is imagistic, fragmentary, full of jump-cuts, yet always vigorously carried forward through a set of clear-speaking voices to show us that the “DNA of years” is just as formative as that “tangle of parental DNA” we are each born with. There is suffering and lies, grief, distance and disappointment, but her message is ultimately an optimistic one: blood is not thicker than water; we are each of us, to a large extent, creators of ourselves, parents of ourselves. Brilliantly focused and carefully sequenced, these poems provide a thrilling and moving account of the processes by which any of us – adopted or not – become who we are.

These poems are an absorbing account of the legacy of being an adopted child. With language at once forthright and tender, this moving sequence reflects Foley’s unflinching gaze into the mirror in a sometimes excoriating attempt to discern traces of her belonging, and to make peace with the past. An illuminating must-read for adoptees and their parents, both biological and de facto, and for adoption workers who engage with the precarious task of arranging the exchange of one set of parents with another.

Kate Foley’s eighth collection, The Don’t Touch Garden, is firmly rooted in her own life…
It is hardly surprising that it has taken Foley, born in 1938, so many years to publish these poems. She confronts difficult issues and complex feelings head on. “Lost Property” (8-9), imagining the distress of her birth mother, ends rue-fully: “She’s lost her memory but not / its weight and shape and pain.” (9)
Foley is adept at using sound, particularly alliteration and rhythm, to bring observed moments to life. So, in the title poem, we distinctly hear the repeated hacking as: “My father coughs the cough that kills / thirty years later” (16).
The collection makes for a challenging read, confronting all of us with the vulnerability of childhood and the isolation that comes with inability to articulate feeling.
But there’s humour too. In an observation which may resonate with many British readers, “My mother murdered cabbage. / It died with a yelp in the pot.”
This is a tender and moving collection. Although it is about adoption, there is something in this collection for anyone who has been a child…

We had a great evening at Gay’s the Word – thank you to Uli & Jim – and despite Kate’s determination to walk out of shot, we have some video – where it got silly, with just a sleeve on show, there’s audio instead.

Here’s Cherry reading a bit about family from The Dowry Blade, chosen specially to link with Kate’s themes, and not read elsewhere.

and audio of the other section read

and here, reading an abridged version of the long title poem.

Here’s a slightly out of focus video of Cherry Potts reading from The Dowry Blade at Beckenham Bookshop.

Next stop on the tour: Gay’s the Word on 24th March, with Kate Foley also reading, from The Don’t Touch Garden

a random button / from my mother’s button box / though each one had its story, / a scrap of whole cloth / dangling from its shank. (Sometimes I Feel Another Face)

Foley’s account of her search to make the random particular is absorbing and moving. She writes of the intimate details of family life, warts and all, with painful regret at the stiffness of her relationship with her mother who as she remembers “made the world / seven times over each day … and peopled it, / a touch of iron / for those who strayed / beyond the picket / of your imagination” (Making the Days).

Her father – whose large hands, at once hard and tender, feature throughout as a kind of avatar for his care and protectiveness – provided, you feel, the nurturing of that poet’s sensibility which has helped her to look back at her parents with compassion and understanding, until finally she can write “I have collected all our tears in a small bottle / and put it on the shelf with the household gods” (The End of a Long Conversation Has Come).

Foley is a mistress of the spare but telling detail which gives immediacy to the places inhabited by this unfolding story. The reluctant forcing down of “cold gobs of cod” and the limping home “in my new stilettos / and sugar starched slip, / creaking like ice” for example have an immediacy that vividly evokes either end of the post-war decade (Milk). The awareness of difference built up by small accretions are suggested by snatches of conversation – “thicker / than water hissed at the tea table / wasn’t a cup of weak tea, / but how you described / who I would never be” (Elephant Aunts).

Foley, like all adopted children, has to resolve the matter of belonging. She asks (and it feels as if she is here addressing both her birth and adoptive mother) “Do you see me now / in my skin, in my own skin, / printed with relics / of a child never yours? //1 will wear your echoes / for company” i Adoption). She concludes that perhaps “Ostermilk was thicker than blood” (Thyrotoxicosis), but leaves us with an acute awareness of the “trembling / possibility of nakedness” (Sometimes I Feel Another Face) and the sense of a search that is ongoing until “one day / if only I can find the right bones” she will find reconciliation with both life and death (The Right Bones).

However, for Foley the reclamation of personhood through love is also possible – exploring the lines of “A very wise poet” who “once said lovers / ‘are each other’s parents’ ” she reaches with great tenderness a place of new resolution “let the roof shelter / nouns into verbs” (Mothers and Fathers).

This is a remarkable collection of poems that should be read by everyone. The Don’t Touch Garden is concerned with many of the specifics about adoption and its aftermath, but contains much wisdom that also applies more generally about self-discovery, making sense of our pasts and moving into a future which can, at least in part, be as we make it.

Meet author Cherry Potts and hear readings from The Dowry Blade, buy a signed copy, and ask questions if you feel so inclined!

A joint reading with Kate Foley, poetry and fantasy, what a heady mix!

Readings from The Dowry Blade and The Don’t Touch Garden

Crowdfund for Tymes Goe by Turnes