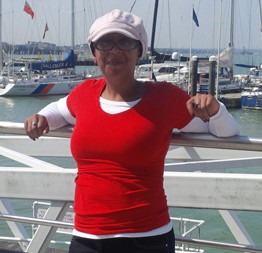 Pauline’s story for Time and Time, Solstice Shorts Festival 2019, Hingland, will be performed at Greenwich and published in the Time and Tide anthology.

She was commissioned to write two stories for StrongBack Productions in 2014 and 2015 which were read at their storytelling events Rude Gyals and Strong Back Tales.

In 2017 Pauline won the platinum prize from Creative Future Literary Awards with her short story ‘The Wait’ which was published in the winner’s anthology Important Nothings featuring authors Kit de Waal, Sabrina Mahfouz and Dean Atta.  ‘The Wait’ was also published online by Wasafiri.

Pauline is currently working on her novel The Truthteller’s Tale and was invited by theatre company Spare Tyre to read excerpts from it at their Invisible Women Festival in 2018.