With the 5th Anniversary celebrations heading into view I was thinking about the thank you speech, and like the Oscars it is in danger of going on, and on. And on. So I thought I’d blog it instead, a section at a time.

What does a publisher need with musicians? Well, our regular events Solstice Shorts Festival (always), and The Story Sessions (usually), some of our launches and some of our writing workshops have included music – always acoustic, often folk, sometimes original, mostly but not exclusively songs, because we love the narrative power of a song.

Our most frequent collaborators are Ian Kennedy and Sarah Lloyd who have performed in just about every capacity we offer them. 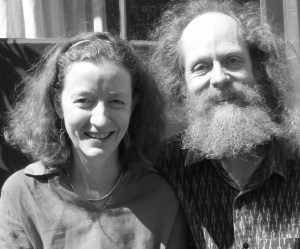 Next most regular must be Annalie Wilson, who also reads for us and was our artist in residence for the last four Story Sessions.. 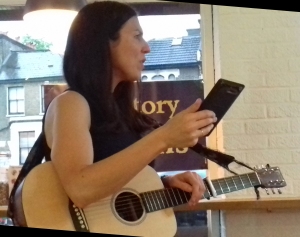 After that it’s our choir friends, in various guises, (there’s a lot of cross-over in choirs!) most frequently as Summer All Year Long, but also Vocal Chords and Raise the Roof 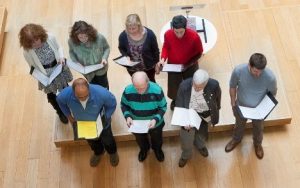 Will Evererett singing with Summer all Year Long 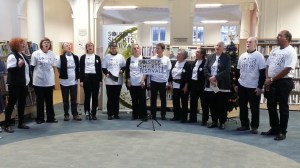 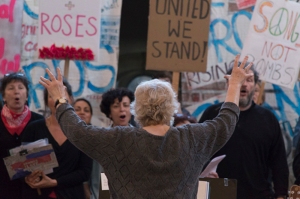 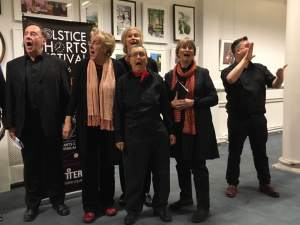 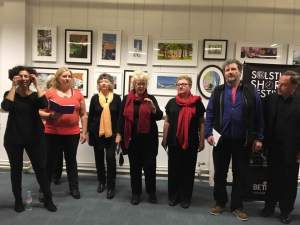 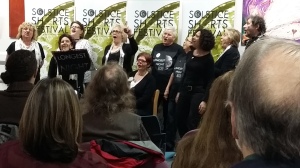 And finally… Lester Simpson, who runs singing workshops for us once or twice a year and teaches us amazing songs that find their way into our events, and the repetoire of choirs all over London; and has become a friend along the way.

Will there be music at the Anniversary celebrations on the 8th September? Of course there will! Book your free ticket now!

Imogen Robertson was one of our judges for the Solstice Shorts Short Story Competition. As she mainly writes historical detective novels, when we asked her to contribute a story to the festival (and book)  we were vaguely expecting something historical, but instead we got this brilliantly understated ghost/time-travel story, Grange Lodge.

This story is one of 16 read at the festival and featured in the book Solstice Shorts: Sixteen Stories about Time.

And to go with, Rosemary Lippard sings the rather creepy Day after Tomorrow, by Tom Waits.

Our BSL interpreters wish it to be known that this is not what they consider performance standard signing, they needed a chance to rehearse with the performers for that, but you will be able to follow the story and song.

Jayne Pickering reads her own story, Measuring Time to kick off the festival at sunrise (four minutes past eight) in which Mac lives life on fast-forward

And two songs from Rosemary Lippard that take a look at measuring time with seasons and months of the year. (These link in rather nicely with Summer All Year Long’s Roll Turn Spin)

Our BSL interpreters wish it to be known that this is not what they consider performance standard signing, they needed a chance to rehearse with the performers for that, but you will be able to follow the story and songs.

The theme of Solstice Shorts writing competition was TIME, but we got a lot of entries about DEATH, and you can see why, it is logical – the end of time, to cease upon the midnight and all that – and the fact that the competition ended on Halloween may have influenced that too. Tannith Perry‘s Death and Other Rituals  was one of the liveliest ‘death’ stories, read impeccably by the talented Ms Katy Darby.

Now, then appropriate songs for this story – all that stuff about tradition and rituals leads in a very straight line to two songs from Rosemary Lippard, and two songs that ooze traditional attitudes to death.

and Death & The Lady

You get all three of our signers today, so herewith the disclaimer: We should have let them rehearse with the performers. I thnk they all did a splendid job anyway (and yes, I do sign enough to know how accurate they are, but being professionals they wanted to be beautiful and elegant as well as accurate.)

Some people might be wondering why what is essentially a literature festival has so much music in it, and folk music at that. You can find out the thinking behind it on Cherry Potts’ blog.

Let’s introduce you to the musicians who will be performing if we get the funding:

Ian and Sarah are local musicians who delight in blending their voices in live unaccompanied harmony. Their repertoire covers traditional folk songs, including nursery rhymes and the occasional long ballad. Having warmed their vocal chords at The Goose is Out Singarounds, they now regularly sing floor spots at the Goose club nights in Nunhead, Tooting, Sharps and Islington folk clubs and as far afield as the Towersey Festival. In the last year, they have supported both Thomas McCarthy and the Copper Family for sell out nights at the Ivy House Community Pub in Nunhead. Earlier this year, Ian and Sarah performed as a duo at Cecil Sharp House for the launch of the EFDSS Yan Tan Tethera textiles and song project. They are also founder members of the Dulwich Folk Choir.

Shadrack Tye have won critical acclaim from audiences and promoters alike for their performances at venues and festivals in London and around the country. All members of the same family, they perform folk arrangements and original songs bringing to both a multitude of musical influences.Tina and Paul have had long careers playing for top London orchestras and as music educationalists, while Sony artist Sam also sings with vocal jazz harmony group Vive, recently featured on both BBC television and radio.

I look forward to hearing some more of their stuff because it’s different and very, very interesting…..like it very much …

In their first year out Shadrack Tye were invited to play in the Folk Rising series at Cecil Sharpe House and also performed at the Purbeck, Wessex and Folk Thing festivals.In 2013 they debuted debuted most successfully at the Rochester Sweeps and Broadstairs folk festivals, while this years firsts included Gate to Southwell and  the London Folkfest at the Bedford, Balham as well as an invitation to return to the main stage at the Wessex Festival. More recently they have headlined at venues in London and the south, most notably at the famous Bush Hall in west London.

Last year they achieved multiple radio plays on the Tom Robinson Show, BBC Introducing Mixtape and Mike Harding Folk Show and in addition, after being heard live by the producer of the International Ronnie Scott’s Radio Show, they were given the opportunity to record their much-loved cover of “Big Yellow Taxi” for the Joni Mitchell Special aired in the UK, USA and Canada.

They were also the featured band for Spiral Earth’s “Introducing” article in November 2013.

Their self-released EP – “The Lovers Tale”, was described by Mike Harding as “damn fine” and they are currently creating their next album due for release in 2014.

Rosemary has been singing British Traditional Music in folk clubs for nearly 3 years now. She often sings unaccompanied but is also in folk duos, with consummate guitarist Tim Graham, and as Country Parish Music with Steven Collins, founder of the Owl Service and Stone Tape Recording. She has played at gigs for The Goose Is Out in South East London, Leigh On Sea Folk Festival, Oxford Folk Weekend, The Islington Folk Club (from whom she won the Trad2Mad award in 2012) and the Green Note Cafe, Camden supporting artists such as Martin Carthy and Dave Swarbrick, Phillip Henry and Hannah Martin, Ewan McLennan, Long Lankin, The Askew Sisters, and Jim Causley. Rosemary hopes to be doing a few gigs this September, with Tim Graham, around England and potentially Wales… and for there to be enough gigs to call it a tour…

Pepper and Shepherd are James Pepper and Anthony Shepherd. They play intricate, honest folk music on mandolin, guitar, ukulele and harmonies. They formed in 2009 and both live in Peckham, South London.
Their second album, Kings on the Rye was released on last August Bank Holiday. A bittersweet collection of eight original folk songs, written, recorded and produced in a tiny flat on Peckham High Street in the spring of 2013.

And finally, Summer All Year Long

Summer All Year Long (SAYL) is a group of friends who meet in Cherry’s living room to sing for the pleasure of it, and sometimes do this in public, usually in connection with an Arachne Press event.

Since January they have been ploughing through what seems like thousands of songs about or related to time, trying things out and rejecting them, or making up arrangements. Not all of them started out as folk songs, but they are now! 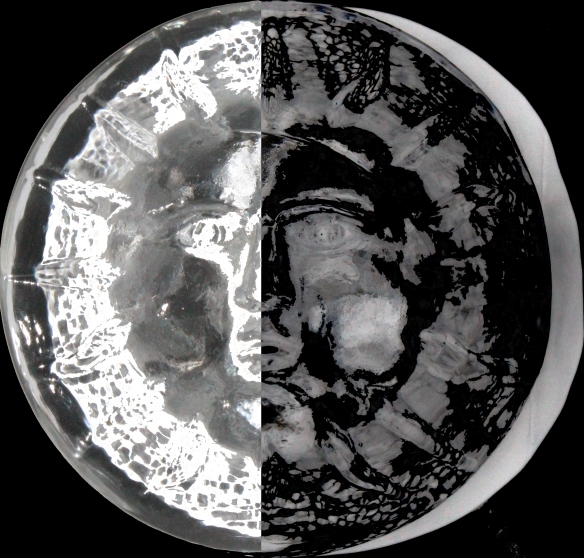 Plans for the Solstice Shorts Festival are continuing apace.

A celebration of National Short Story Day, of the Winter Solstice and of the narrative power of folk music, bringing together story and song on the Greenwich Meridian – on the theme of Time.

The Festival has grown in scope a bit while we’ve been thinking about it and it is now a marvellous mix of live short stories, chosen by our exquisite line-up of judges and read by actors; and folk music from leading local professional and amateur musicians, backed up with writing and singing workshops, all of which will be BSL interpreted throughout, as we’d like to make the event as inclusive as possible. We also plan to live broadcast the performances, and podcasting them for future reference. We even plan to provide breakfast for the sunrise sessions!

We have confirmed venues at the beautiful West Greenwich Library from sunrise (8.04) til 11.30, and at The Royal Observatory Greenwich, in the Astronomy Centre,  from 11.00 til sunset (15.53)
We have confirmed judges for the short story competition: Alison Moore (award-winning short story writer and novelist), Imogen Robertson (writer of the acclaimed Crowther & Westerman historical crime series), Rob Shearman (Doctor Who and multiple short stories) and Anita Sethi (Journalist, reviewer and Broadcaster). Each of the judges is contributing a story to the day, and the book that will be published of the winning stories from the competition.
We have confirmed hosts: Cherry Potts, Imogen Robertson, Rob Shearman and Anita Sethi.
We have confirmed musicians: Pepper & Shepherd, Shadrack Tye, Rosemary Lippard, Summer All Year Long and Ian Kennedy & Sarah Lloyd.

The performances will all be free to attend, but we will charge a modest fee for the writing workshops, hosted by Paul Shearrard and Cherry Potts, one of which will be accompanied by live music from Ian Kennedy and Sarah Lloyd, and of course the competition is £5 to enter.

All we need is the MONEY!

To that end we have put in an application to the Arts Council, and to the Samuel Gardner Memorial Trust, and started a crowd funding campaign, which, if you like the sound of the festival and would like to support it, you can contribute to (PLEASE!). This expires on Thursday 4th September at 23:59, so don’t hang around if you would like some of our lovely rewards – some of the one-off rewards have already gone! Books, signed or otherwise, exclusively designed badges and t shirts, invitations to our next book launch, a hand lettered poem, a digital portrait, and bespoke flash fiction are all available. We will add new rewards as we think of them.