To celebrate National Poetry Day we have a special offer, some events and an announcement or three.

For today only our anthology of long narrative poems  The Other Side of Sleep is on offer at £5 (reduced from £9.99) if bought direct from us online

If you are at Free Verse Poetry Book Fair on Saturday at Conway Hall come and say hello – we have a stall, and are reading at 4.30 in the Garden Cafe on Red Lion Square (Lisa Kelly, Math Jones, Sarah James and Jeremy Dixon)

You can get a copy of TOSOS for £5 if bought with another Arachne Press Poetry Book at either event.

Looking forward, we have been inviting people whose work we have published in anthologies like TOSOS, to send us their collections.

Quite a few people have, and at the moment we have agreement, in principle, to publish the following 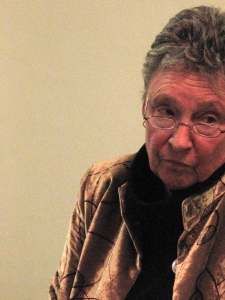 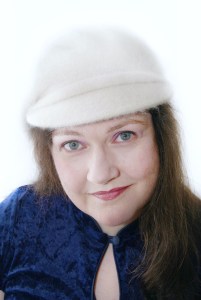 Cathy Bryant The Colour of Not Knowing

We are still toying with the idea of what I think of as a ‘short fat anthology’ – maximum of 5 poets, multiple poems from each – this is aimed at emerging poet who haven’t got enough work for a collection yet – so exciting new voices on the cusp of greatness!

As it is National Poetry Day I thought it a good moment to give a round-up of all things poetical on the Arachne front: so first up some EVENTS:

Tuesday 13th October 6.30pm-ish Kate is being interviewed on Resonance FM’s Out in South London Programme, and will be available on podcast subsequently.

Wednesday 14th October 7pm, Kate Foley will be reading alongside Gerry Potter at Incite poetry, showcasing her more identity orientated poems.
We’ll be there to cheer her on and sell copies of The Don’t Touch Garden and The Other Side of Sleep so if a signed copy appeals, you know where to come…
Free!
The Phoenix Artist Club
1 Phoenix Street (Beneath the Phoenix theatre on Charing Cross Road)
London
WC2H 8BU
(nearest functioning tube Leicester Square or Covent Garden)

What have our POETS been up to?

Part of the ethos of Arachne Press is to celebrate our authors and poets even when they do something with a different publisher.
So here’s a quick round-up of what they’ve been doing (that we know about, anyway).

Cathy Bryant has just launched her first historical mystery novel Pride & Regicide, a Mary Bennett novel (yes, that Mary Bennett)
Geraldine Green has been combining being writer in residence at Brantwood in Cumbria with a poetry tour of America.
j.lewis has had literally dozens of poems published since his early outing with us with Grass was Taller in The Other Side of Sleep.
Jennifer A McGowan had some good news – but can’t say what until mid-October. Hmm… intriguing.
Kate Foley was runner-up in the Proms poetry competition and had her poem read by the marvellous Carolyn Pickles on Radio 3. The link here is good for a week or so still I think.
Adrienne Silcock‘s poetry pamphlet “Taking Responsibility for the Moon” was published October 2014 and she has been reading from it hither and thither as well as “Rhythms” from The Other side of Sleep. She has just started tutoring creative writing for York University Centre for Lifelong Learning, on a part-time basis,and has instigated a small informal poetry group in Whitby.

Sarah Lawson has translated an exceptionally interesting book The Strength to Say No (La force de dire non) written by Rekha Kalindi with the help of French journalist Mouhssine Ennaimi. Rekha is a  Bengali girl who refused to get married at the age of 11.  . Peter Owen published Sarah’s translation from French in June here, and now it has come out in India with Penguin Viking,

A chance to join in…

Call out still live for Longest Night for the next couple of weeks – poems or short stories for performance on the winter solstice, ( a mini Solstice Shorts event) and maybe an anthology.

And continued call out for the Liberty Tales anthology, on the subject of liberty and or the Magna Carta.

Entry open now via our Submittable Account Sharpen you quills.

The Other Side of Sleep is well and truly launched – Oxford on Tuesday, London yesterday, and Brighton tonight. I’ll keep it brief got to get packed up – come to Bom-Bane’s Cafe George Street Brighton (not Hove, actually, in this case) tonight  8pm (IT’s NATIONAL POETRY DAY) for poems by Elinor Brooks, Jill Sharp, j.lewis, Andrew McCallum, and Sam Small read by Elinor, Jonathan Rice and Kevin Cherry. Plus music from Jane Bom-Bane.

In the meantime compare and contrast two readings of Orion by Simon Brod, the first half from last night at Lauderdale House, the second from Tuesday at Albion Beatnik. We had a great time at both and look forward to a tremendous evening in Brighton.