Alexander Donaldson (‘Zander’) is a graduate of Inverness college’s Higher Diploma in Drama and performance course.  He’s an all-round performance artist, and is relentlessly dedicated to the acting profession – currently working at Eden Court Theatre and being a mascot with Mascot Madness, having previously run a theatre group at Inverness Royal Academy.

Alexander is reading Dusk stories and poems at Inverness.

Alice Tarbuck is a writer & academic based in Edinburgh. Her first pamphlet, Grid, is forthcoming from Sad Press in 2018.

Alice’s poem for DUSK, Decoration of a Fermented Season, will be read at Ellon and Inverness on 21st December.

Lucy Grace began writing fiction in August 2017, after resigning from her full-time job as a headteacher. Already shortlisted and the winner of a national and international writing
competitions for her short stories, Lucy is currently working on her debut novel. She
gathers material and ideas everywhere, and writes in any time she can find around her
part time job as a teacher and full-time job as a mum of two young children.

Lucy’s story for Dusk, Breadcrumbs, will be read at Inverness, Nottingham and Rossendale. 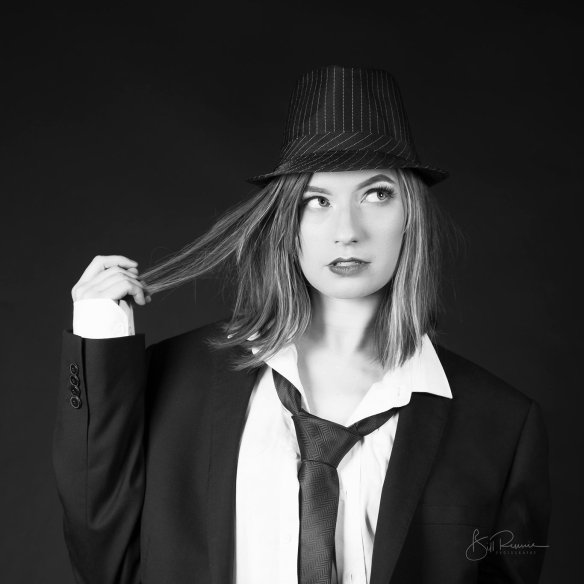 Amy Hasson studied HNC acting and performance at Inverness college and currently works as a professional freelance model and actress.  She has worked in film and theatre and enjoys playing a diverse range of characters.  She’s a well-known and popular actor in and around Inverness, having recently appeared at the Merkinch Bike Shed’s Giving it Verbal and Scottish Mental Health Arts and Film Highland Festival. 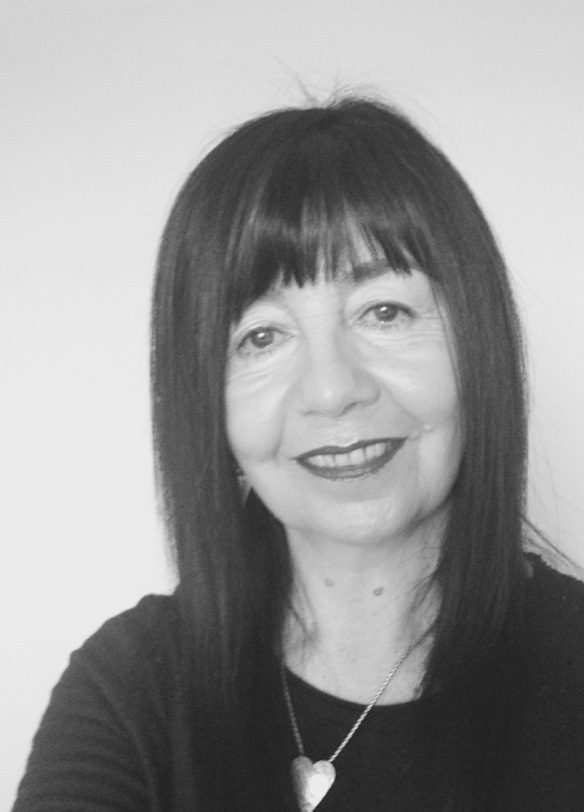 Eileen Carney Hulme lives in the North East of Scotland. She has three collections, the latest, The Stone Messenger, was published by Indigo Dreams Publishing in 2015.

She has poems in many magazines including, Reach Poetry, The Dawntreader, Sarasvati, Acumen, The Interpreter’s House, Envoi, Northwords Now, Ink, Sweat and Tears, Poetry Space and more. She has won several prizes and been placed or commended in a number of competitions, locally, nationally and internationally. She has been involved in collaborations with a local textile artist, Margaret Meldrum, and their poetry and artwork was exhibited during The Nairn Book and Arts Festival. Award winning musician, Mark Keane director of Tribal Chamber Choir, Galway, set to music Eileen’s poem Belonging which was performed by the choir at The Cork International Choral Festival.

Eileen was the first Poet in Residence at The Nicholson Gallery in her local town of Forres and she has two poems transcribed on to wall space there as a permanent feature.

Eileen’s poem for Dusk, Blue Hour, will be performed at Ellon and Inverness on 21st December; as it is already published it won’t be included in the anthology.

Originally from America’s heartland, Missouri, Sherry writes monologues, short stories and flash fiction which have won prizes, placed on shortlists and been performed in London and Scotland. After almost twenty years in London, she moved to a farm in the Scottish Highlands where she watches clouds, goes for long walks and writes. Her published work can be found on www.uksherka.com or follow her @Uksherka.

Sherry’s story for Dusk, Granda’s Plan will be read at Inverness, Birmingham and Bristol on 21st December. Sherry describes it as a young boy’s attempts to save his grandfather’s soul has unforeseen consequences.

His music emcompasses children’s songs and music for BBC Radio and Cbeebies, for radio drama, music for theatre,  orchestra, chamber groups and choirs.  He was the composer of the musical “Whisky Kisses”, Pitlochry’s showcase production in 2014. His songs, which he performs as a singer-songwriter, range from jazzish to MOR to musical hallish to rockish to folkish to just plain daft. He has released two albums.

James’ song for Dusk, Dusk Song, will be performed at Inverness on 21st December. 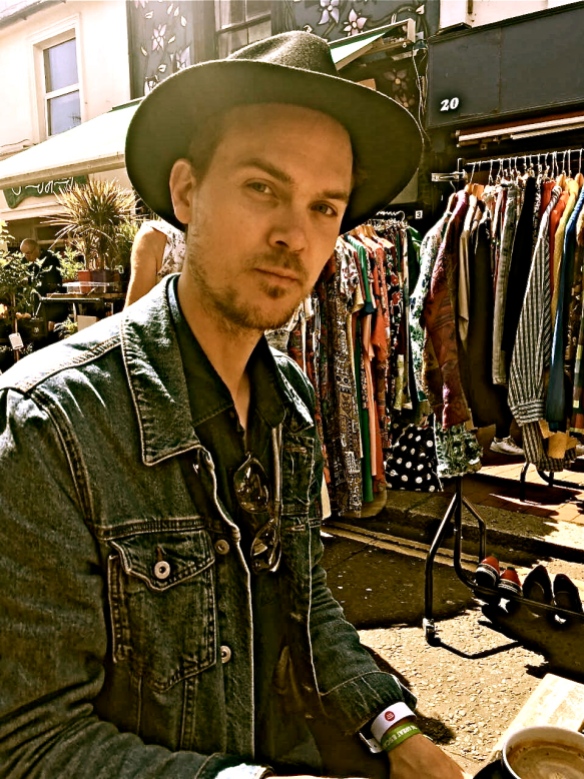 Ed Bentley is a British engineer, producer and musician.

Ed splits his time between the UK and Berlin, where he runs Bakermoon Studios, a high-end recording studio ).

Of his song, Dusk in the Gers, which will be performed at Inverness, at Dusk on 21st December  Ed says:

It was written at dusk in the southern region of France called Le Gers, where I was staying for a month or so to write songs and work on music.

Le Gers seems to be a relatively unpopulated region and quite easy to disappear into the middle of for a few weeks, somewhat off the map (the TGV from Paris doesn’t stop there). When you arrive you get a sense of a slower, slightly ancient pace of life.

A couple of weeks into my stay I met the local farmer who invited me over for a cognac and proceeded to show me, with great pride, his extensive collection of Neanderthal bones. Slightly creeped out by this, though less than willing to offend my new neighbour, I sat through various tales of the local area, which, it transpired, turned out to be full to the brim of bones, human artefacts and burial sites of the Neanderthal sort.

The cognac wore off, the day turn into dusk and I found myself back up the road outside my blue shuttered ivy clad cottage. It was late February and the air was warm.

The sky was clear, the Neanderthals were there, the crickets were at work, it was a full moon, a Super Moon at Perigee in fact.

I took my guitar outside and wrote ‘Dusk in the Gers’. 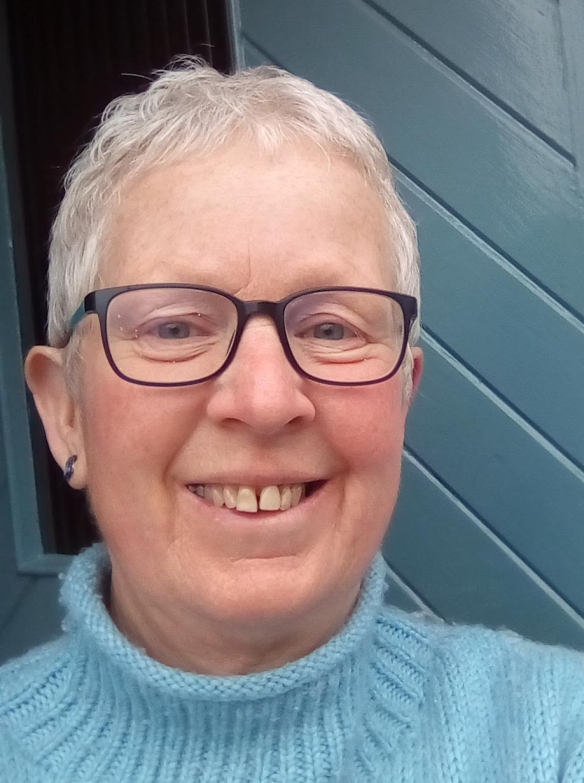 Jane Aldous is an Edinburgh based poet. Her poems have been published in Northwords Now, The Eildon Tree, Southlight, poetandgeek. Some of her poems have been commended in the Baker Prize, Buzzwords, Manchester Writing for Children Prize and she won the Wigtown Poetry Prize in 2012.
Jane took part in an event at the City Arts Centre, Edinburgh in September where two of her poems were performed.

Her poem for Dusk, After the sun, before the stars is an imaginative journey to the lee of Edinburgh Castle and will be performed at Ellon and Inverness at Dusk on the 21st December 2017 and published in the Dusk anthology on 21st June 2018 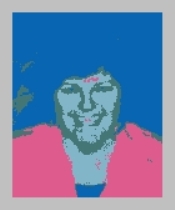 ALEX REECE ABBOTT   An Irish Novel Fair winner, and finalist in the Bath Novella-in-Flash Award, Alex enjoys working across forms, genres and hemispheres. Widely published and anthologised around the world, her stories have won the Arvon, HG Wells, Crediton and Northern Crime prizes and featured in the Word Factory’s Citizen season. Among others, her work has shortlisted for the Bridport, Tillie Olsen, Lorian Hemingway, Mslexia, Raven and Sunday Business Post Penguin short story prizes.

Alex’s story for Dusk, “MacFarquhar’s Bed” is set on a double-arched, open-sided, grass-topped stone outcrop, near to the town of Cromarty on the Moray Firth, in northeast Scotland, and was performed at Ellon and Inverness at Dusk on 21st December 2017 and published in the Dusk anthology  21st June 2018.