With less than a week to go until publication, we are really excited to launch the blog and instagram tour for Zed and the Cormorants, with the first post going live tomorrow on @a_never_ending_story.

Zed and the Cormorants is a page-turning gothic mystery and contemporary coming-of-age story rolled into one. Perfect for readers aged 12-15, it is the debut novel by Clare Owen.

Zed’s family have moved from London to a village in Cornwall. Dad says they need a fresh start but nobody has asked Zed what she thinks. Maybe their new home will help with Mum’s depression and keep Amy, Zed’s sister, away from her drop-out boyfriend, but why does it have to be so remote?

Why has the boathouse at the bottom of the garden been locked up for seventy years? Why do the birds living by the estuary fill Zed with such dread? And WHAT do they want?

Follow the blog tour on the schedule above to read reviews of Zed and the Cormorants, guest posts from Clare Owen and even some Zed-inspired recipes. Plus, we will be sharing some exclusive content from the book!

We’ve gone Jackanory for this book by Ghillian Potts, with Ed Boxall‘s illustrations and additional papercuts by Cherry Potts used to tell the story, with narration also by Cherry.

You can buy a copy of this excellent folk tale for children of every age from our webshop – remember to use the code ARACHNEVERSARY at the check out to get £1 off.

Join us tomorrow for Liars’ League books with Katy Darby.

Book two of Ghillian Potts’ young adult trilogy The Naming of Brook Storyteller, Spellbinder, is published on 7th December, and we are celebrating with two readings at Ashburton Library, Shirley Road, Croydon, CR9 7AL on the 7th. The first is for a local school, and the second, at 4pm, is public, anyone can come along, so we hope you will! 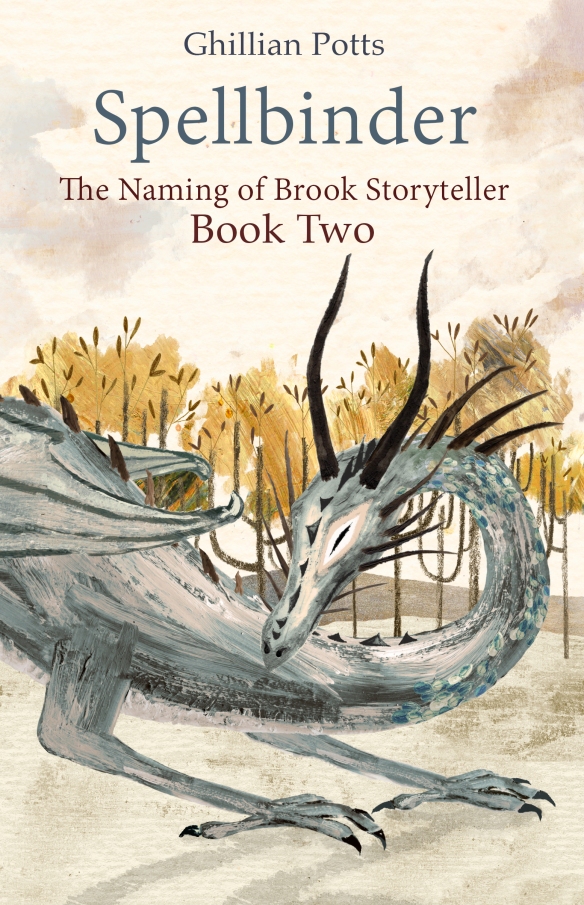 Brook, Brat, Spellbinder… storyteller, remembrancer, witness… with as many names as she has titles, Spellbinder is abducted by Westron Lord Arrow, who holds storytellers as hostages to force her to raise the Elder Dragons, but once they are called, Brook cannot control them.

Our reader for both events of the day is Patsy Prince, who has read for us several times before.

Books will be on sale.

Thanks to our friends at Croydon Libraries for their continued support!

A story from Ghillian Potts‘ YA fantasy world, The Naming of Brook Storyteller. With illustrations from the book covers by Gordy Wright, and of the actual story by Flora Fisher.

This tale is told by Brook Storyteller in Brat, but we had to cut the actual story to keep the book at a length that would make it affordable. So here it is, as a warm up for the next in the series, Spellbinder

This is the tale of the Luckstone, and of  the luck it brought to a certain lady.

The lady who was afterwards called Carnelian was the Lady of Forlorn Hold. This had once been Fairlawn Hold, when it was prosperous, but for many years the Hold and the lands around had grown poorer and poorer until both the Hold and the village which lay in its shadow were called Forlorn. 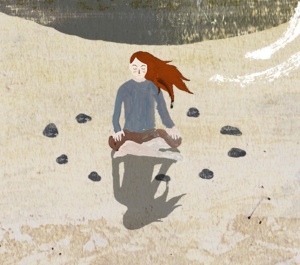 Then, quite suddenly, things got better. A spring that had dried up began to flow again and the water-mill could once more be used. 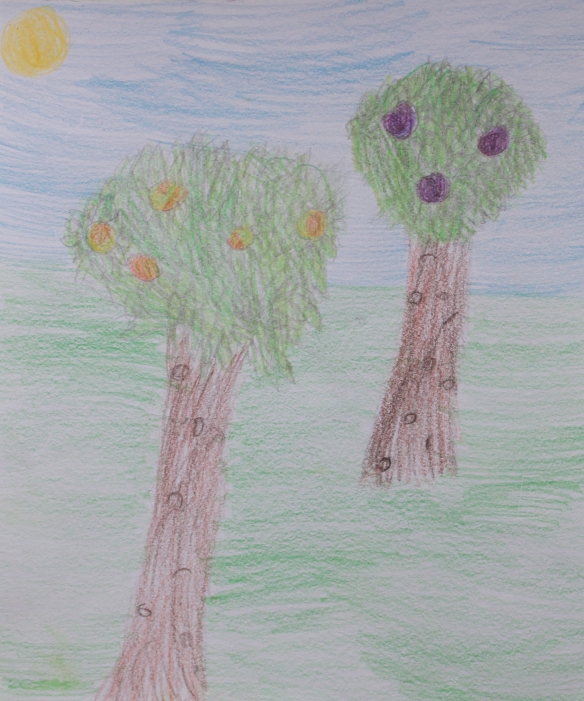 The orchards bore more fruit, the fields seemed more fertile and the Lady Forlorn smiled once more. She could even afford to rebuild several of the more tumbledown houses in the village. She also bought a carnelian necklace and earrings, which she wore daily.

It was this that persuaded a certain scholar called Wordhoarder to visit her. He had for a long time been certain that the Luckstone really existed and he had found a description of it in an ancient record. It was said to be ‘about the size of a man’s little finger nail and in colour most like a carnelian but somewhat redder’. How better to hide such a stone than amongst a string of carnelians?

For the Luckstone can only be used when it is worn by its owner. It will not bring you luck if you lock it away in a strongbox or bury it in the cellar. It can be hidden in one’s pocket or worn under a tunic but for a Lady who must often wear jewellery, the safest place was clearly around her neck. 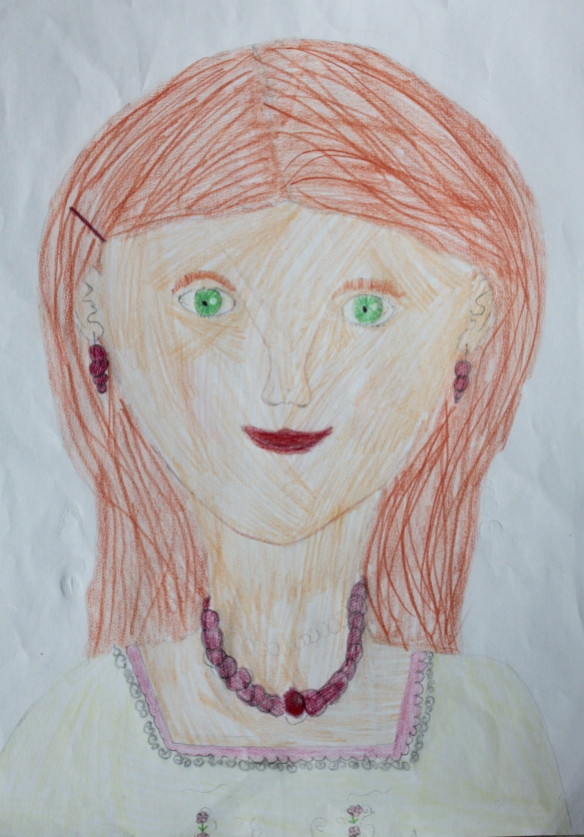 Wordhoarder determined to go to the Lady’s Hold, now once more called Fairlawn, to try to steal the Luckstone. From long brooding upon it, he had almost persuaded himself that it ought to belong to him.

He knew that the Luckstone may not be bought (though who would be so foolish as to sell it?) or it loses its power. Yet it may be stolen or given or inherited or simply found by chance and still bring its new owner good luck. So he set out.

The only certain way to get the Luckstone would be to steal the necklace and the earrings together. But since the Lady wore both every day and kept them in her room at night, it seemed impossible to steal them without being caught.

So Wordhoarder presented himself to Lady Carnelian as one who was anxious to study the records of her Hold and got permission to work in the Records Room. He hoped that he would be able to tell the Luckstone from the carnelians if he saw the necklace closely and often and he knew that the lady was interested in the history of her family. She might well spend time with him in the Records Room.

And so indeed it befell. Lady Carnelian spent more and more time in the Records Room, telling Wordhoarder the stories of her family and hearing of his discoveries, for he was indeed a scholar and one who, despite himself, became immersed in the study of the Fairlawn records.

Yet, strange to say, he no longer stared at her necklace and tried to guess which stone might be the Luckstone. Instead, he gazed at the face of Carnelian herself and listened to her voice. Instead of making plans to rob her of the Luckstone, he found himself dreaming of her smile and her kindness.

In the end he forgot all his plots and only wished for her love. And as she loved him in return, they were wed and lived long together in joy until she died.

Then at last Wordhoarder inherited the Luckstone. But the only luck he now wished for was that of following his lady. He took the Luckstone and flung it into the mill-stream for the next finder, should it ever be washed ashore. 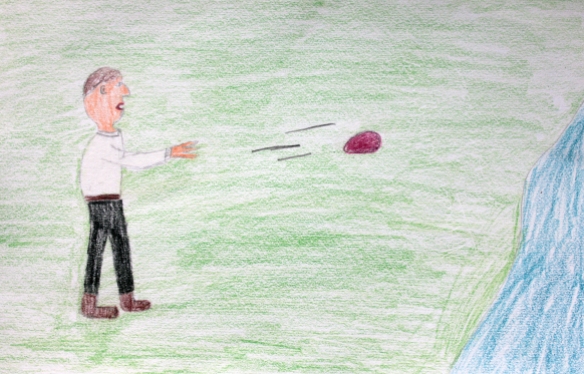 You can buy both Brat and Spellbinder from our online shop – perfect Christmas presents for anyone age 9 to 16, and not bad for us adults either!

Find out more about Gordy and Flora on our Cover Artists Page. 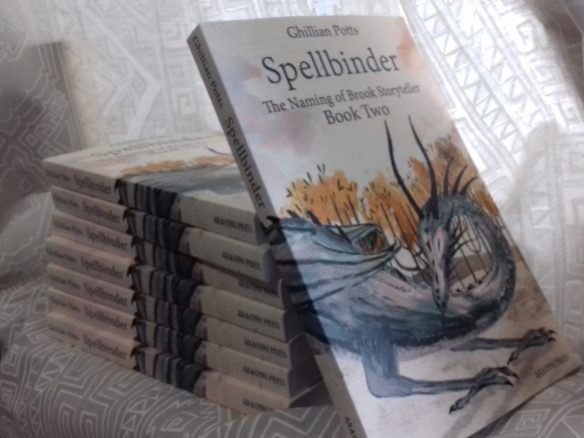 Just taken delivery of the advance copies of Spellbinder, book two of The Naming of Brook Storyteller by Ghillian Potts

Brook, known as Brat to her friends, is now called Spellbinder, and is working as Remembrancer to her friend Graycat, now the Young Overlord Lady Quicksilver.

Spellbinder is captured by the Westron Overlord, Arrow, and forced to summon the Elder Dragons, something that every Storyteller knows is both wrong and dangerous.

When she cannot control the dragons, she must break her Storyteller vow to save Storyteller children held hostage, and forfeit her most precious possession – her name.

In the shops 7th December for £9.99. We’ll be taking advance orders from our webshop as soon as I’ve got it all set up. Give me an hour!

More video from the 5th Anniversary party, Ian Kennedy & Sarah Lloyd singing folk songs about outwitting the devil – originally planned to go alongside Liam Hogan‘s Bad Day, but there were changes to the programme and they fit surprisingly well against Ghillian Potts‘  Old Woman From Friuli, outwitting the Duke. 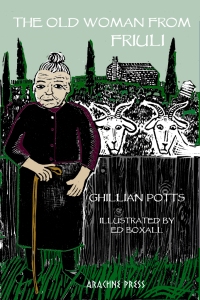 I loved this story.

… a clarion call to our daughters… Three cheers, I say! 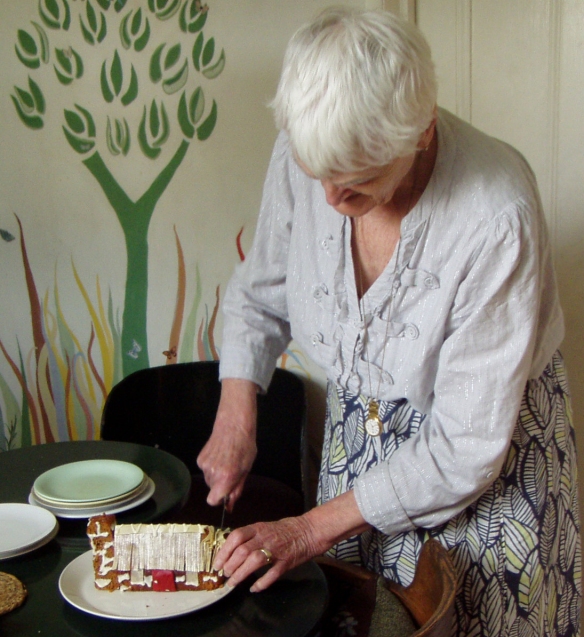 Reading Ghillian Potts‘ The Old Woman From Friuli for Brockley Max in the Storytelling tent at Art in the Park. Just some little bits of video because there was so much background noise! 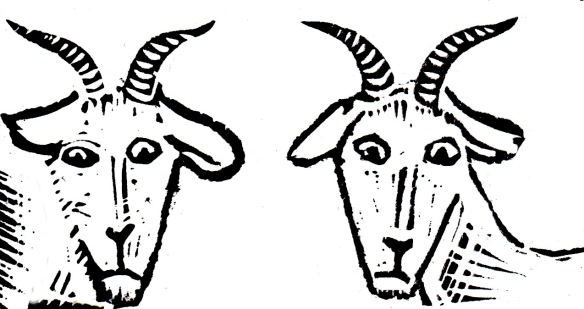 We’ve had an absolutely lovely review for Ghillian Potts‘ book for younger children, The Old Woman from Friuli from Sue Magee at The Book Bag

I loved this story. It’s told in clear language and once the emerging reader has her tongue around Friuli and counsellor they have a good story to get their teeth into. There are some illustrations, but probably not enough to give clues to any other pesky words which don’t spring off the page and introduce themselves, but that’s me being very picky.

What is great is that it’s a story which shows that the law applies to everyone, high born, or just the old woman from Friuli. It shows that property can’t simply be taken away at the whim of an aristocrat or anyone else who has an inadequate grasp of the law. It’s also a clarion call to our daughters: they don’t need to have a husband – they can make their own way in life and they’re just as good as any man.