With the 5th Anniversary celebrations heading into view I was thinking about the thank you speech, and like the Oscars it is in danger of going on, and on. And on. So I thought I’d blog it instead, a section at a time. So I’ve been catching up with authors past and present in the course of the fifth anniversary planning to ask what they are up to now, (not that I don’t know in some cases)  because after all, without them there would BE no Arachne Press.

Several of them will be at the party, TONIGHT!! and even reading, come along and say hello, it’s free (but ticketed)

recently performed a new play, Leaves at the Edinburgh Fringe

Derek Ivan Webster  Derek is now the Associate Director for the Arts at the Yale Office of Career Strategy. On rare occasion he can still be found writing within the cracks, but more often spends his days helping talented young artists pursue creative careers. 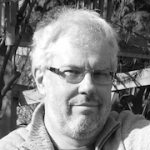 Jonathan Pinnock Since his appearance in Weird Lies in 2013, Jonathan Pinnock has had two books published. TAKE IT COOL (Two Ravens Press, 2014) describes his real-life search for the reggae singer Dennis Pinnock along with the story of how they came to share a surname, and has the unique distinction of having been reviewed in The Herald, Family Tree Magazine and Songlines. His debut poetry collection, LOVE AND LOSS AND OTHER IMPORTANT STUFF, was published this year by Silhouette Press, and his second short story collection, DIP FLASH, will be published next year by Cultured Llama.

Peng’s first novel, The Book of M will be published in June 2018 by HarperFiction (UK) and William Morrow (US). The Book of M tells the story of a couple torn apart by a supernatural apocalypse and the courageous, thrilling journeys they take to find each other again.