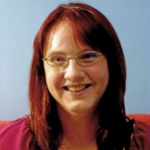 As part of our Arachne 5th Anniversary celebrations, we’ve asked all of our authors to come up with a blog, that might have something to do with writing or anniversaries. Some of them responded! This one is from  Sarah James whose poem and flash fiction we published in  Shortest Day, Longest Night.

Is the number five more or less significant to a writer than anyone else? Five fingers for writing. Five senses we can use to make that writing as atmospheric as possible. Five days to the working week…or, at least, there used to be.

Working hours have shifted for everyone in our always switched-on society, but writers have never really had a day off as such. As a poet and fiction writer, my subconscious is always busy –  listening for stories, rhythms, the sounds of words.

Maybe I’m trying too hard here to find symbolic links and connections to the number five because Arachne Press is celebrating its fifth birthday. But this is what language and writing are all about – evocative symbols that we use to make connection between us and other people, the page and the reader, the performance and the audience.

In any case, all of these observations filter one way or another into the writing of my poem ‘At the Hotel de la Lune’ and short story ‘Cut Short’ in the Arachne Press anthology Shortest Day Longest Night.

There is a phrase ‘If the walls had ears…’ that sums up both part of my writing process and the background to ‘At the Hotel de la Lune’ in particular. The poem hangs on the passing flow of visitors through the hotel and all the stories they bring with them, if only the hotel rooms could pass these on. The beautiful thing about being a writer rather than a wall is that I not only have ears to hear but also a tongue to speak and hands for writing or typing. As writers, readers and audience, we also have something else that’s even more important – imagination.

These aren’t real stories, only stories that could be real. The hotel is a fictitious place conjured up by my mind. Each of the rooms , with its characters and its stories, is a room inside my head. Each character in this poem also has their own rooms inside their heads, with their own stories, hopes and dreams.

But who is in charge of all these rooms? Is it me as the writer/dreamer? The night porter, Billy – a potential modern-day Shakespeare (in his own head at least) – who aspires to theatrical stage stardom? Or the spiders and bugs that scuttle in the mind’s shadows and across this poem’s mundane yet nightmareish everyday stage?

“Damn, late again! I fidget with my car keys, a reflex action, as I’m tempted to bail on lunch. Sundays should be the longest day – lazy sex, coffee in bed, newspapers, novels, Netflix, not getting dressed until three, if at all… Ever since university, I’ve made it my personal quest to stretch these twenty-four hours of the weekend as far as humanly possible. But not today…”

While ‘At the Hotel de la Lune’ is infused with a touch of A Midsummer Night’s Dream madness, my writing approach for the flash fiction ‘Cut short’ is more inspired by Shakespeare’s “All the world’s a stage,| And all the men and women merely players” (As You Like It, Act II, Scene VII) .

The family politics and matriarchal power dynamics in this short fiction are ones most likely being played out in homes across Britain even as I type this.  At one level, the plotline is a small almost invisible everyday drama. Yet it’s one that moulds the very

personalities of every character in the story and, by extension, wider society.  What can the young woman in this story do to change things? And what will happen if she does try to rock the existing structure?

It might sound like an overly grand aim but in many ways literature as a whole is constructed on two principles brought to a head in this flash fiction – building upon the existing tradition while simultaneously reacting against and rocking it.

This brings me back not to ‘five’ but to ‘thrive’. As a poet, my most immediate response to the word ‘five’ is how close it is in sound terms to ‘thrive’. As words, these are similar yet different. As a writer what I strive for is to create pieces that are both similar (to real life, existing exemplars…) yet different (innovated, unique…). And, of course, yes, I also want my work to be strong, to thrive.

Five years of publishing is a strong stepping stone on thriving’s path. I hope this is a word that will keep resonating, both through my own writing and Arachne Press’s work ten, 15, 20 years from now.