Here we go folks – this is what we have on offer on 21st December… a heady mix of short stories poems and music. 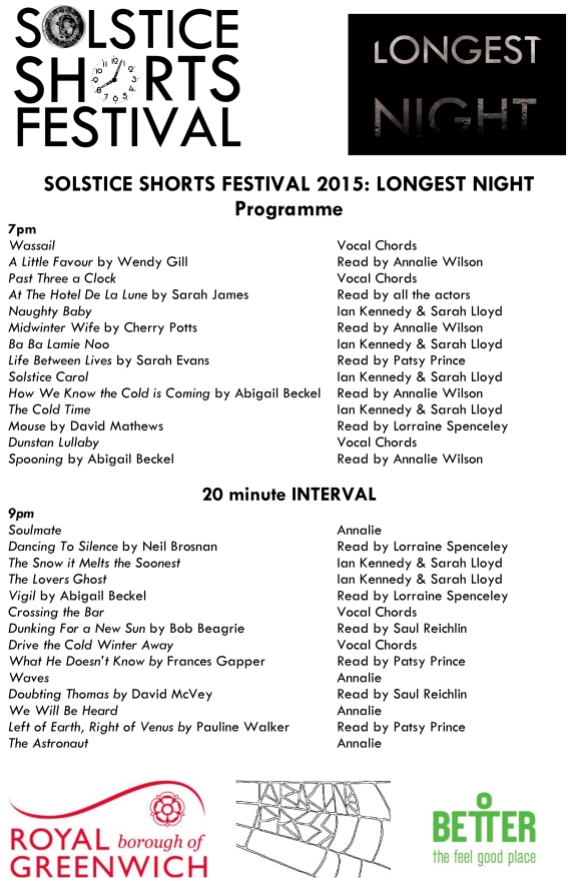